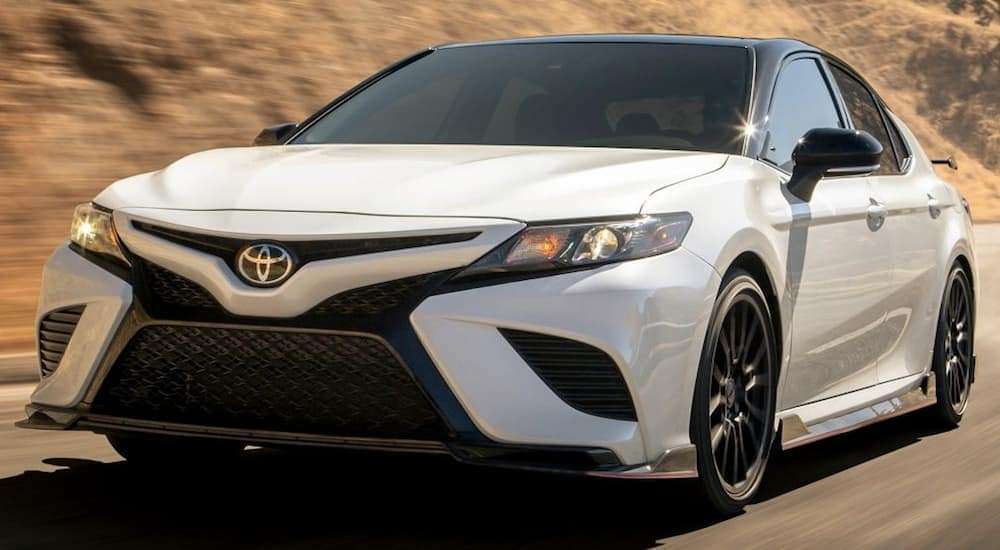 Toyota Used Cars for Sale: Japanese automakers have a stronghold on the market. Honda, Daihatsu, Nissan, Suzuki, Mazda, Mitsubishi, Subaru, Isuzu, Infiniti, Acura, Lexus, Kawasaki, Yamaha, and Mitsuoka are just a few of the vehicle brands available in Japan. Nonetheless, Toyota holds a prominent position in terms of sales and income on a global scale. People have an aversion to Toyota vehicles due to the brand’s worldwide popularity and sophisticated technology in their vehicles.

Toyota autos may be found practically anywhere due to their widespread popularity. Purchasing a new Toyota vehicle is thus not a problem. The majority of car dealerships keep it for resale. The main issue is locating a suitable location to dispose of your old Toyota vehicle. Not every car buyer is interested in purchasing a used Toyota. However, if you have any Toyota used cars for sale, we can assist you.

It’s a painstaking process to get rid of outdated, unneeded, damaged, and undesired vehicles. You cant easily find buyers and even if you do most of them won’t be willing to you reasonably. Even after reckless haggling, there is no assurance of a worthy ideal. NSW dwellers have faced this problem for many years and until recently there was no one absolute solution to this.

However, for over a decade, A1 Express Car Removal has been a lifesaver in this area. We’ve earned a reputation for paying the most money for Toyota cars throughout the years. Whether it’s a used Toyota or an unwanted one, we’ll pay top bucks for it. If you have Toyota used cars for sale, we will purchase them for up to $9999.

We don’t care about the age, model, or condition of your unwanted Toyota car when we buy it. So, regardless of the type or condition, we will acquire anything. We will purchase your Toyota SUV, CUV, sedans, and even trucks no matter how old, wrecked, damaged, decrepit, or even if they are totalled. Rather than spending money on repairing such vehicles, pick up the phone and call us right away. So, if you have a Toyota vehicle that isn’t working or isn’t roadworthy, keep us in mind.

Toyota has a reputation to uphold as one of the leading automobile companies, and it has a responsibility to gather the attention of all types of car enthusiasts when introducing a new vehicle. Toyota manufactures a number of automobile models each year to cater to automotive fans of various interests and budgets.

And we believe it is our job to purchase them when the owners decide to sell. We buy it regardless of whether it’s a new Toyota sports vehicle, a Toyota electric car, or an old and conventional type of automobile.

When it comes to Toyota cars and minivans, we typically purchase the models listed below. Our cash for Toyota automobiles service is currently available in Sydney, Newcastle, Wollongong, Central Coast, Maitland, Bondi, Hunter Region, and all of New South Wales’ major suburbs.

We purchase all kinds of used Toyota vehicles no matter how obsolete or brand new they are. You may have trouble finding replacement parts for some older models and in such case, the vehicle is deemed completely unroadworthy and unsafe for the road. In such a case, contact us.

Fans of crossover utility vehicles (CUVs) and sports utility vehicles (SUVs) are growing in leaps and bounds. Many individuals prefer SUVs and CUVs to other autos because of their sturdy construction and utility carriage. These vehicles are reliable for off-roading, Overlanding, and even for day-to-day commutes.

In our cash for cars and car removal business, we have a specific spot reserved for Toyota trucks. Trucks are reliable means of transport as they are powerful machinery primarily meant to transport heavy goods. When Toyota trucks lose their power and their pickup begins to deteriorate, owners quickly think about giving them up before depreciation starts kicking in. We purchase these trucks and assist the owners in purchasing a new one. We make certain that we offer the most competitive prices for Toyota trucks. And the price ranges from $999 to $9999. Although we buy all types of Toyota trucks, the following models are the most common in our salvage yard.

It’s one thing to pay for car service with cash, and it’s quite another to have it removed. And not all businesses offer both of these services at the same time. On the other hand, we stand out among the crowd. We not only remove cars after paying top dollar for them, but we also remove them for free. So, in addition to earning a great deal on your car when you sell it to us, you’ll also get free Toyota car removal. As a result, you will save money in the process, as most car removal firms charge a high fee for taking your vehicle away. This service is rendered all over NSW and some other Australian cities like  Melbourne(Vic) and Adelaide(SA) too.

Get in Touch with A1 Express Car Removal Today.

With all of the aforementioned benefits and services, A1 Express Car Removals is unquestionably a profitable way to get rid of your old and unwanted automobiles. So, once you’ve made your decision, call us at 0488847247 or send us an email at info@a1expresscarremoval.com.au as soon as possible.