40% Increase In Second Hand Cars Prices Due To COVID 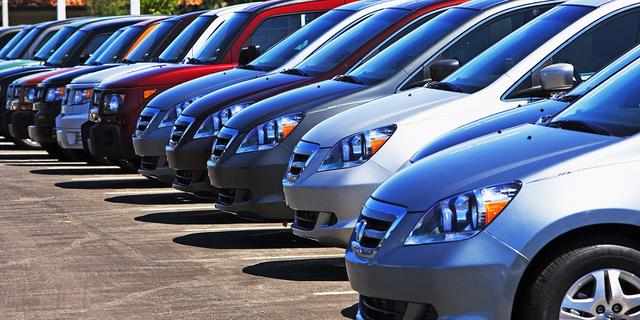 Last year, second hand cars prices in Australia increased by 10%, owing to low inventories and a prolonged shortage of new automobiles to shortage of silicon chips and other factors. In its most recent analysis, it is predicted that prices would rise again in 2022, but only by 3.6 per cent, before beginning to fall in 2023. Cars never quite reached the extreme level of scarcity during COVID-19. If you wanted to acquire some, you could almost surely do so. The used automobile market, on the other hand, is far from what it was before the outbreak. It’s possible that your new automobile won’t be the model you wanted, and it won’t be a bargain.

According to some estimates, second hand cars prices had risen to 37% above their pre-pandemic high in February 2020, while automobile sales had decreased 15.3% year on year in November 2021, demonstrating how the supply shortfall has impacted Australians.

Why did second hand cars prices go up?

Australia went into lockdown in late March 2020 and within the space of 24 hours, most of our cars became virtually redundant. In fact, according to data from the department of transport, car usage dropped to nearly a quarter of its previous level. Global supply lines have been harmed since the outbreak, making tight car making logistics precarious. Long delivery times for people who have purchased a new car have been caused by competition for cargo space and a shortage of shipping containers.

A global computer chip shortage means carmakers are fighting for chips with other businesses. More than 1,000 chips may be found in modern cars, controlling everything from mirrors to airbags and tyre pressure indicators. Many consumers have turned to the used automobile market due to long delivery periods and the perceived risk of accessing public transportation due to COVID. A seller’s market has emerged since fewer automobiles are available and more people want them. This is the primary reason for Second Hand Cars Prices to skyrocket.

Who is hit the most by this price surge?

Businesses and individuals willing to buy used cars have been hit the most by this sudden price surge. The impact of the pandemic on the rental vehicle sector is perhaps the most significant one. Rental car businesses typically sell their automobiles once they are 12 to 18 months old. This is a significant supply of used automobiles. However, as the epidemic started limiting travel, rental car firms took a hit and immediately sold off large portions of their fleets without replacing them. This is also why renting a car has become so pricey in recent years.

Lots of individuals now want to shift to a private ride due to the fear of COVID. Due to the shortage and surging prices of new cars, most of them have instead turned to the used car market making the demand go higher than the supply. According to a survey conducted in late August, 48 per cent of new car buyers stated they were inclined to postpone their purchases. Due to the shortage, 25% of those still looking to buy said they’d consider switching brands, while 19% said they’d explore a different type of vehicle than they were searching for.

According to recent studies, demand for second hand cars has escalated to the point where dealerships are placing advertising and calling auto owners. They blame the increase on economic hardship, which may prompt buyers to look for a less priced option, but that’s not all. They also claim that, in light of the coronavirus, purchasers are looking to avoid public transportation and ride-sharing.

When will second hand car prices come down?

Wholesale auto prices fell for the first time since last year earlier 20222, indicating that demand and supply are approaching some form of balance, retail pricing will soon follow, and buyers will begin to notice prices on car lots progressively reduced by the end of 2022.  The easing of the pandemic-induced car-buying frenzy explains some of the shift.

However, the supply bottleneck caused by the chip scarcity isn’t going away anytime soon, so it may be some time before customers see the second hand cars prices they’re used to. Even when new models return to the market, the secondhand market will not return to normal overnight.

What Could Happen Next?

People have been keeping their cars for longer than they normally would, with six to eight-month wait times for new vehicles.  As a result, the price of second hand cars has skyrocketed, with desperate buyers willing to pay rates that would have been inconceivable just a few years ago. The current used automobile prices can’t last indefinitely, however, it will take at least another couple of years for dealers to restock to the same quantities as before COVID.

The current used-car market craze will come to an end. Chip suppliers will catch up with demand, supply chains will clear, and the vast auto manufacturing machine will kick back into high gear, resulting in full dealer lots once more. The second hand automobile market could collapse if this happens. Millions of people and businesses that are currently obliged to buy secondhand automobiles will return to buying new ones. The demand for used cars would return to normal, and the price link with new car pricing would be restored. That would indicate a 30 per cent decline in used-car pricing from where they are now.