The Fuel Price Surge And The Auto Industry 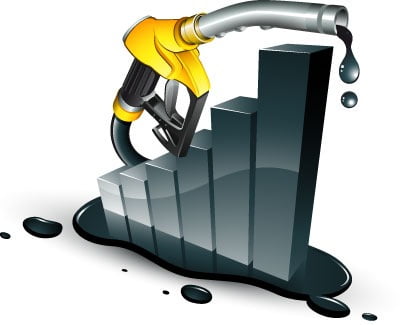 Increased gas costs are one of the most stressful subjects that many Aussies are addressing these days. There are a variety of factors that have led us to this position where petrol prices have become a significant financial burden on our household budget, including the pandemic and political factors. Fuel prices have soared all around the world as a result of Russia’s invasion of Ukraine. On 14th March Monday, the price of petrol in Australia hit $2.20 per litre in some suburban areas and more than $3 in the country’s outback. According to the latest petrol monitoring report from the Australian Competition and Consumer Commission (ACCC), prices in Australia’s five largest cities reached an eight-year high in February.

Let’s have a look at how the fuel price surge is impacting the auto industry and we’ll discuss how you can save on fuel.

By late last year, the world was already suffering high crude oil prices due to the OPEC and Russia cartel’s continued actions, as well as the persisting northern hemisphere energy problem. As Russia is a significant energy supplier, the tragic events in Ukraine have pushed crude oil prices even higher. The conflict between Russia and Ukraine has exacerbated global fuel price pressures, which are felt all around the world. We recognize that many Australian families and companies are experiencing this at the pump when they try to fill up their vehicles as a result of this. Russia exports approximately 4.3 million barrels of oil per day, accounting for approximately 5% of the world’s oil supply. Due to the fact that Russia supplies more than a third of Europe’s gas, including through Ukrainian pipelines, benchmark European gas prices increased by 30% this week.

As people stopped using the same amount of gasoline, gas production companies began to reduce their production. But once people were ready to drive again, companies were not as prepared, and as a result, this impacted current gasoline prices not only in Australia but also globally.

The Impact Of Fuel Price Surges On The Auto Industry

People are increasingly looking to purchase electric or hybrid vehicles in order to avoid the uncertainties and fuel price surges. However, these folks face a number of obstacles, including rising interest rates and others. If you didn’t know, SUVs and pickup trucks are the most popular vehicles among Australian buyers and drivers. According to current figures, Toyota Hilux, Ford Ranger and Toyota RAV4 were the highest-selling vehicles in 2021 in Australia and all of them are either SUVs or pickup trucks. These three vehicles accounted for more than 135,000 sales in Australia alone.

However, given the current situation with rising petrol prices, this did not continue. As a result, many are debating whether they should buy an SUV or a pickup truck or switch to an electric or hybrid vehicle. Electric and hybrid vehicles are specifically built to cut fuel usage. As a result, instead of purchasing an expensive car such as an SUV or a pickup truck that consumes too much fuel, individuals are reconsidering their purchase.

Not only auto but Australians may expect to spend more for groceries and other commodities as the price of petrol and other costs rise across supply chains. Corporations could previously bear the majority of those costs but It’s now reached a point where it’s no longer cost-effective to absorb this, and it’s having a significant impact on their profitability. For the time being, buyers may expect to spend an extra 10% to 20% at the checkout.

When will gas prices start to fall?

We are not sure if specialists are now conducting more research to identify when gas costs are projected to decrease. Gas costs, according to their predictions, will continue to rise and may reach a peak between March and April of 2022. However, by September 2022, it is expected that gas prices will be lower. However, until the political situation is constantly monitored, this remains unsubstantiated. Many experts believe that inflation will begin to ease later this year, but that it will still be high.

Experts predict that gas prices will remain high for weeks, if not months. Finally, anticipating the reality of gas prices for the rest of the year is likely to be inconclusive, as there are far too many aspects that are exceedingly volatile for experts to consider.

How to save on fuel?

Regardless of the reasons for the rise in fuel prices, the most important information for customers is to learn how they may save money on petrol. Although the price will stay high, there are still certain strategies you can use to assist you to save money and stick to your budget as much as possible. Here are a few tips from our side that might help.